Home » The Secret Garden
Next → 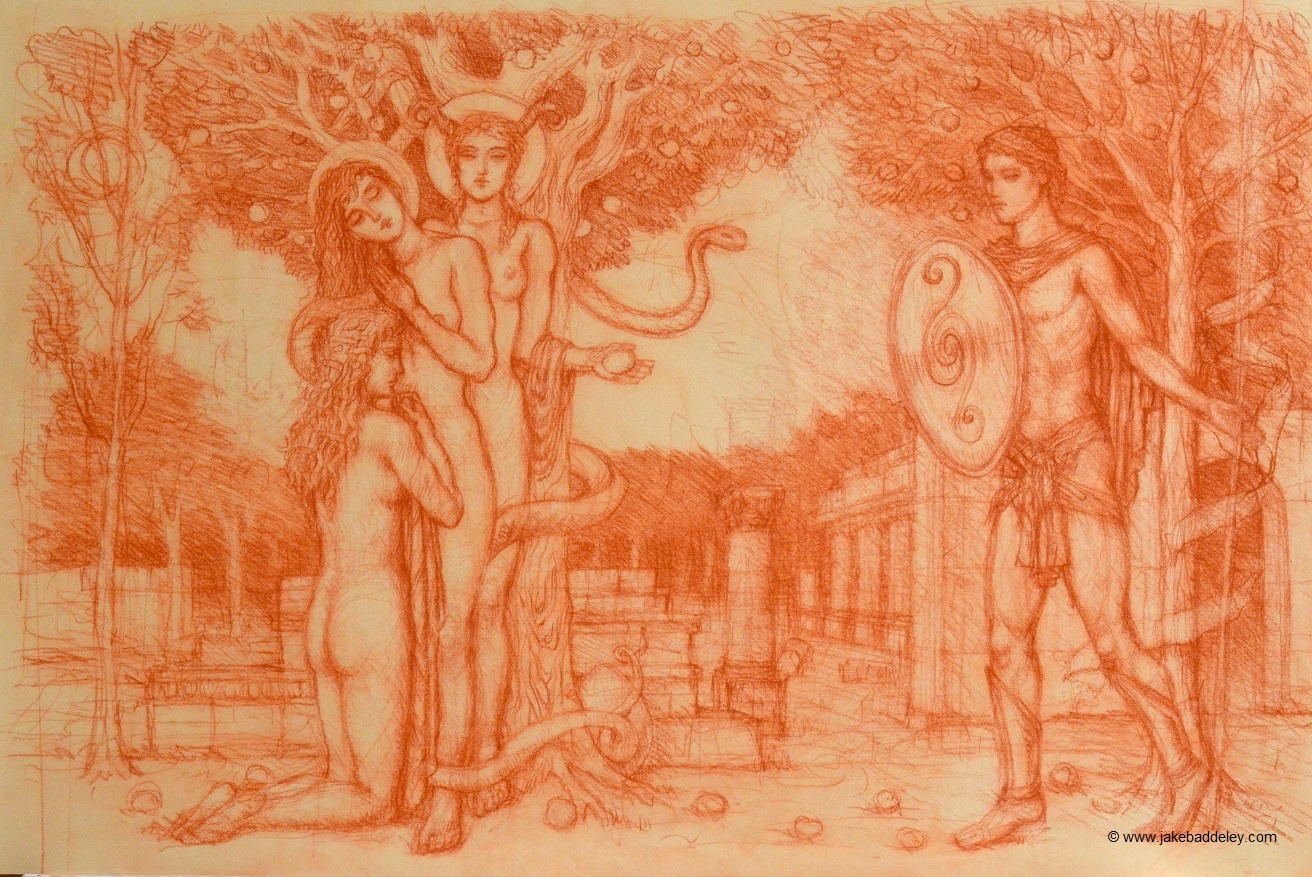 A favourite theme of classical and neoclassical painters was The Garden of the Hesperides, a mythical orchard where an apple tree or a grove grows, producing golden apples. The Hesperides were beautiful nymphs who were given the task of tending to the grove. The Olympian Goddess Hera placed in  an immortal, never-sleeping dragon to protect this secret garden.

There are many clues in this myth that suggest that the setup of this secret garden is a disguised reference to the Pole star or Polaris. The golden apples being the stars of the sky, and the dragon the constellation of Draco that surrounds Polaris.

Oddly, many heroes of various cultures have attempted to steal these golden apples including Loki from Norse mythology and Hercules/Heracles from Greek mythology.

Due to the timeless appeal of the subject and its symbolic nature, I felt drawn to make my own rendition of this myth. Here I have tried to emphasize the vulnerability of the nymphs into whose secret garden – their sacred place – a stranger has wondered.

P.S. See more of this drawing or see all drawings

This website uses cookies to improve your experience while you navigate through the website. Out of these, the cookies that are categorized as necessary are stored on your browser as they are essential for the working of basic functionalities of the website. We also use third-party cookies that help us analyze and understand how you use this website. These cookies will be stored in your browser only with your consent. You also have the option to opt-out of these cookies. But opting out of some of these cookies may affect your browsing experience.
Necessary Always Enabled

Any cookies that may not be particularly necessary for the website to function and is used specifically to collect user personal data via analytics, ads, other embedded contents are termed as non-necessary cookies. It is mandatory to procure user consent prior to running these cookies on your website.